The EdTechTeam is a global network of educational technologists with a mission is to improve the world's education systems using the best learning principles and technology available. 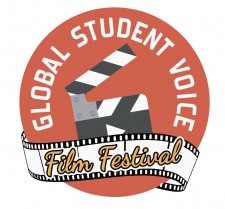 IRVINE, Calif., June 19, 2018 (Newswire.com) - EdTechTeam, a global network of educational technologists, is pleased to announce its inaugural participation in and sponsorship of the Student Voice Foundation’s Global Student Voice Film Festival, a program that empowers students ages 5-18 to amplify their voices and flex their creative muscles. The festival gives students across the world an opportunity to share their distinct perspectives through film, while emphasizing how their ideas can have an impact on the world at large. The Student Voice Foundation will announce the winners at International Society for Technological Education (ISTE) conference held in Chicago from June 24-27.

Students in grades K-12 were invited to produce a two-minute film focusing on empathy through the theme of “In Another’s Shoes,” but given leeway to interpret the idea as they like. Organizers hope to encourage creativity by prompting students to delve deep into the concept and produce films that could be executed in any number of ways including animation, puppets, stop-motion, silent film and whatever else the imagination can conjure.

“Inspiring student learning is our sweet spot!” said Jennie Magiera, chief program officer of EdTechTeam. “Since our mission at EdTechTeam is to improve the world’s education systems using the best technology and pedagogy available, we jumped at the chance to sponsor the Global Student Voice Film Festival. We simply cannot wait to honor the winners and all the entrants at the ISTE conference in Chicago. These students should all be very proud of the films they’ve produced.”

Early submissions received from students in February received expert feedback on their work and students were given the opportunity to resubmit. Judging and evaluation were completed according to the following classifications of entries: Early Ages: 5-9 years old; Middle Ages: 10-14 years old; and Upper Ages: 15-18 years old.

"When students discover their voice, they gain confidence and a momentum to learn and share their ideas,”  said Dr. Nathan Lang-Raad, chief education officer at WeVideo. “I believe the world would be a better place if every student could amplify their voice to impact the world.”

Finalists will be invited to ISTE 2018 for the official celebration and screening on Monday, June 25, 2018, in Chicago, where the winners will also be announced.

EdTechTeam, a California Benefit Corporation, is a global network of educational technologists with a mission to improve the world's education systems using the best learning principles and technology available to inspire and empower educators to design personalized learning experiences for students. As an official Google for Education Professional Development Partner, EdTechTeam has delivered over 350 conference-style events and more than 500 smaller events to help educators realize the potential of Google for Education and technology.

WeVideo is a powerful, easy-to-use, cloud-based video creation platform that is the digital storytelling choice of more than 6,500 schools worldwide. With more than 24 million accounts created to date, WeVideo is also the first choice of consumers and businesses, as well as the video backbone for many third-party solutions. WeVideo is a Google for Education partner and is the exclusive digital storytelling solution for Google's Education Creative Bundle for Chromebooks. Anyone can access WeVideo from any computer or device at school, home, work or on-the-go to capture, edit, view and share videos with secure storage of their content in the Cloud.

About The Student Voice Foundation:

The Student Voice Foundation strives to help every student and educator believe in the power of his or her own voice to effect positive change. The Global Student Voice Film Festival is the foundation’s first effort in pursuit of this goal. In addition to the primary goal of building student voice, it is also designed to help students build deeper empathy and explore new possibilities for their future.

Get notified about new releases.